What are non-diegetic and diegetic UIs? [TATT #38] 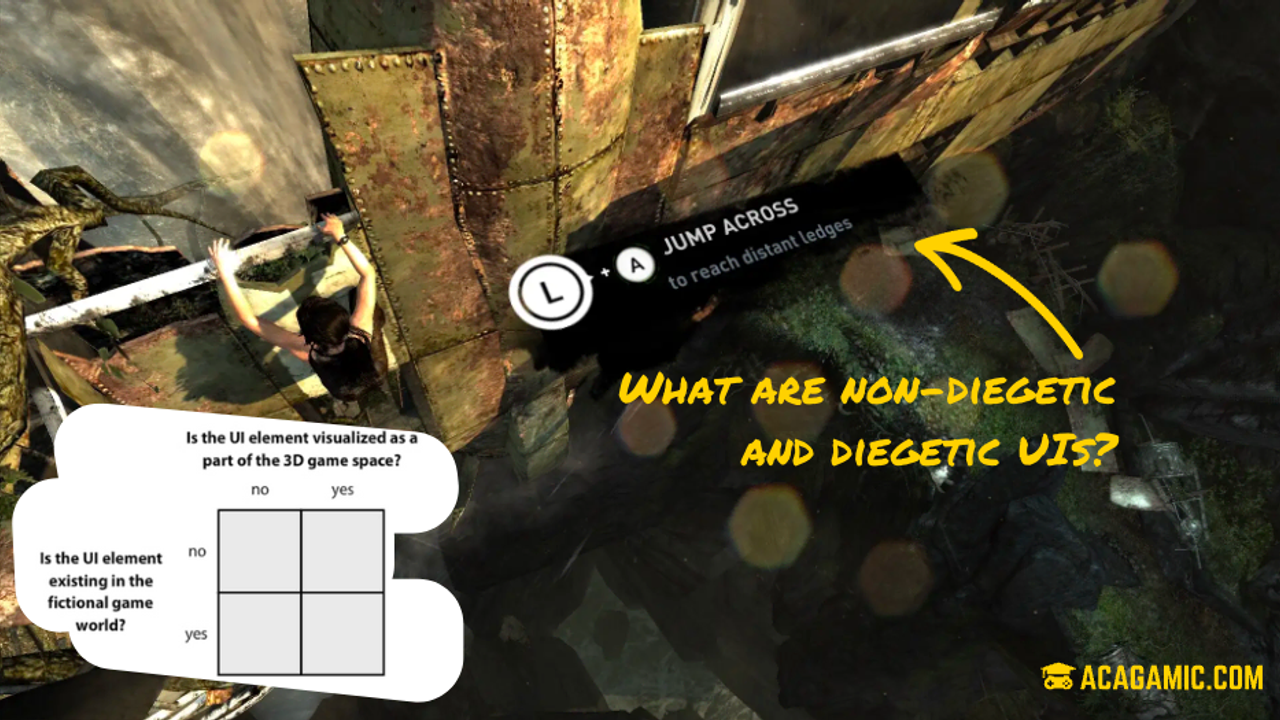 In today's issue 38 of The Acagamic Tip Tuesday, I will show you the difference between diegetic and non-diegetic UI in video games and how game UI designers use both types of UI to create an immersive experience for players. The benefits of diegetic game UI are that it can help create a more immersive and believable game world and it can add an extra layer of challenge or excitement to the game, as players must figure out how to use the in-game interface elements to their advantage. The benefits of non-diegetic UI are that it can provide information more effectively than diegetic UI, because it is not constrained by the limitations of the game world and the ability to present information in a more concise and easily digestible way.

Unfortunately, designers do not know the difference between these two types of UI, which can lead to confusion and frustration for players trying to figure out how to interact with some aspects of a game and trying to find important information. Still confused? This YouTube video breaks it down for you.

Good game design should strike a balance between diegetic and non-diegetic UI in order to create an intuitive and enjoyable experience for the player. Diegetic UI can be used to convey information to the player in a more natural way, while non-diegetic UI can be used to provide clear and concise information without cluttering up the screen. Ultimately, it is up to the game designer to decide what kind of UI will work best for their particular game – there is no one definitive answer.

Benefits of diegetic and non-diegetic UI in games

There are several benefits to using diegetic game UI:

There are several reasons why non-diegetic UI is a powerful alternative to diegetic UI.

The removal of the HUD (heads-up display), a type of non-diegetic UI element, does not present an obstacle for initial engagement and enjoyment of a game. This is because players are still able to engage with the game world and understand what is happening without needing to refer to an on-screen HUD. It can influence immersion in expert players by increasing their cognitive involvement and sense of control. This is because they are no longer distracted by information that is not relevant to the game world, and can instead focus on the task at hand.

while low-cohesion is associated with sequences of

This finding provides evidence that cohesion is essential to team satisfaction independently of the match outcomes. Communication sequences indicate team cohesion more than frequencies to determine team cohesion via player interactions. This is an important finding because it suggests that cohesion contributes to team satisfaction even when the team is not winning. This means that cohesion is a crucial factor in creating a positive team environment, and teams should focus on fostering cohesion even if they are not doing well in terms of results.