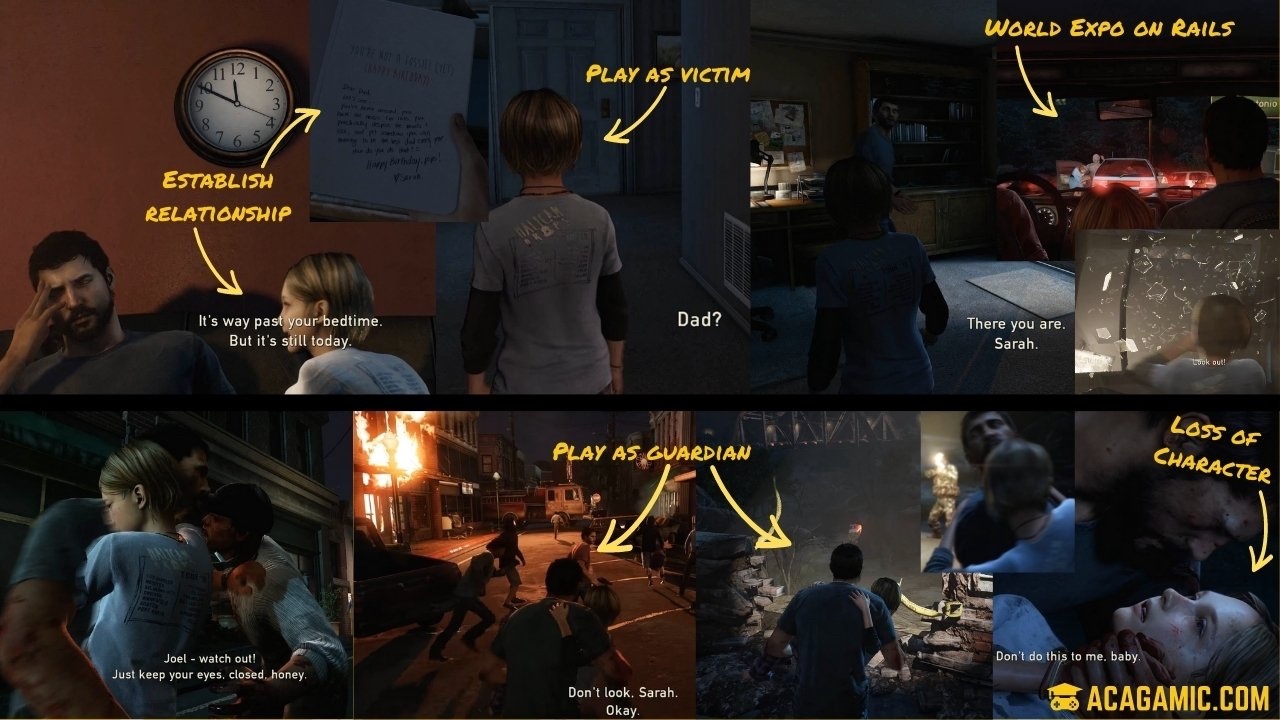 In today’s issue, we’ll learn how to make games more memorable by dramatizing players' exposure to moment-to-moment gameplay. We will walk through an example of this in the game The Last of Us (see the image above for reference). We also introduce Otter.ai as an app for UX researchers and discuss a paper that studied cognitive benefits of playing games through behavioural and brain responses of players (VGP) and non-players (NVGP) during decision-making tasks.

Dramatize your Exposition: Similar to good copywriting, games need a hook at the beginning to engage the players in the story and characters and provide a memorable experience. You can do this via playing or watching an emotionally compelling part of the game as it unfolds.

How to Dramatize your Exposition

Today, I will walk you through an example of how you can dramatize your game exposition based on The Last of Us.

If you master the dramatization of your exposition, you will be able to create a more memorable and compelling experience that will last long into later gameplay.

Unfortunately, many designers waste the opportunity to let players become an interactive part of the exposition and just let them watch and read the hook of their game.

Dramatizing your exposition creates an engaging hook into your gameplay

I played thousands of games and talked to many designers, which struggle with their exposition. They lack a framework for structuring the exposition into a real drama for the player.

The biggest design challenges here are:

Some games just explicitly show players what buttons to press and where to go in the game right away. Casual and mobile games often default to this.

There is a better way. Here's how The Last of Us does it.

For drama to work, it is important to establish an equilibrium that can then be disrupted.

The Last of Us does this extremely well with a fun dialogue between Joel (the game protagonist) and his daughter Sarah.

Next, learn controls in a safe environment

Many games simply instruct us or walk us through the controls in a training facility in an unengaged way.

To stand out, it is more engaging to play a future or past version of our protagonist or another NPC just to get to know the controls. This also accounts for the lack of any heroic abilities. It creates empathy for the person we are playing and makes the situation feel vulnerable.

The Last of Us lets us play Joel's daughter Sarah for a short bit to learn basic game movement and interaction controls.

Instead of being thrown into the dangers of the game world, a safe introduction is always preferable.

The famous introduction scene in Half-Life with the train to the Black Mesa facility is an iconic moment in game history. The drive out of town in The Last of Us uses a similar (on rails) technique to introduce a hostile world from the safety of a car.

The safety is suddenly interrupted by a crash, and the player becomes the protagonist.

Focus on core character feel for the main hook

To have a compelling hook into gameplay, let players experience a core feeling of gameplay that defines their character.

For Joel, this is the feeling of being a guardian. Then, of course, the dramatic hook is the killing of Sarah. This lays the foundation of loss and amplifies feelings of guardianship towards Ellie later in the game.

The bolder you are with your hook, the stronger the player will memorize their main purpose in the game and the more compelling the overall game will feel.

If you are doing any type of qualitative research, you will eventually be faced with the problem of having to transcribe audio and video recordings that you have taken as part of your studies. While there are human transcription services, they tend to become expensive if one deals with much data.

In the HCI Games Group, we love using Otter.ai for transcriptions because it is fast and probably the most accurate tool we've used to transcribe audio and video data into text. Specifically for me, as a non-native speaker with a slight accent, it has become highly accurate over the last years and rarely requires me to correct words. Particularly, if I enunciate correctly.

If you use my referral link above, you get a month of the pro lite version to test it out. 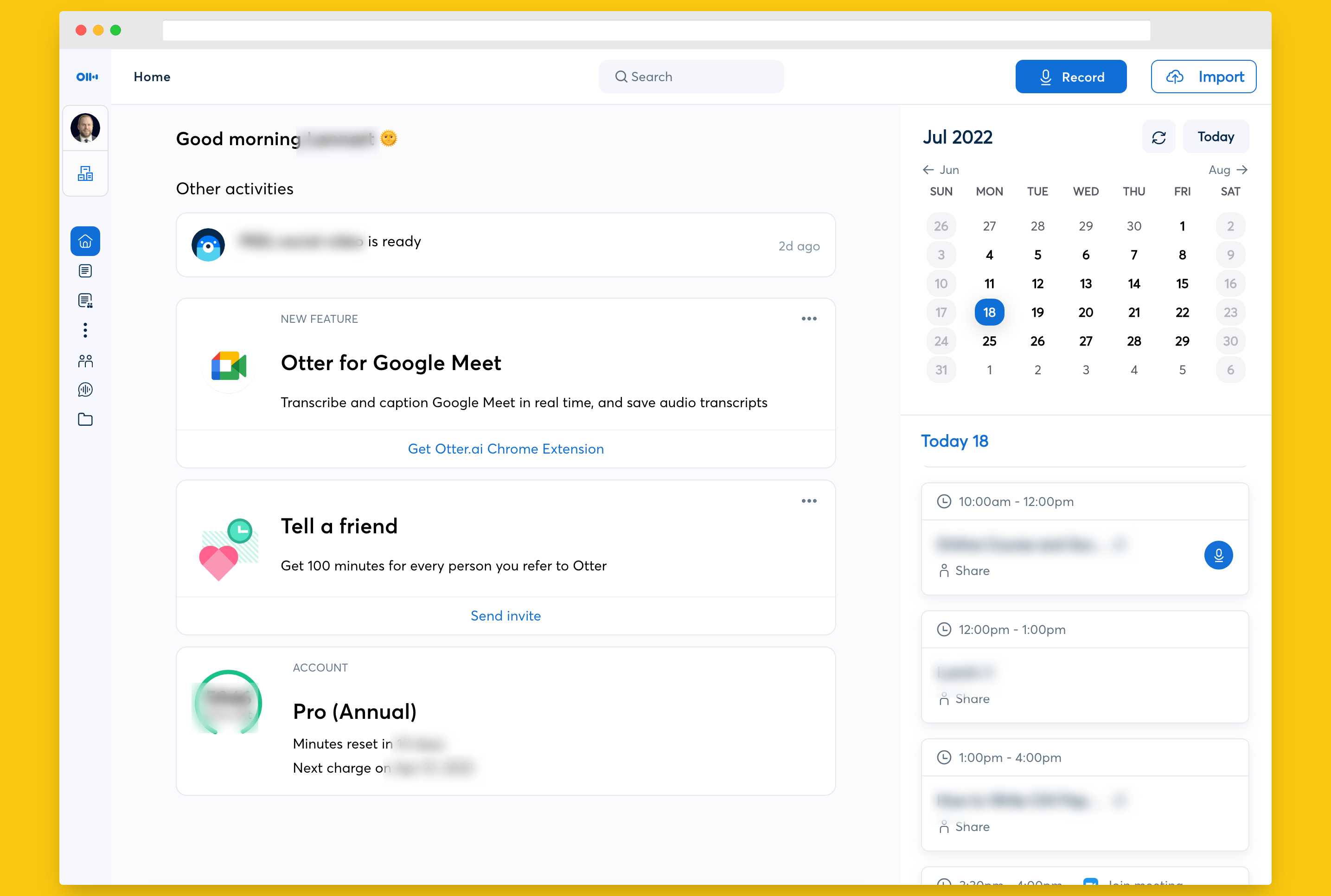 This functional magnetic resonance imaging (fMRI) experiment was conducted with 47 participants, 28 categorized as regular video game players and 19 as non-players. People, who played 5 hours per week or more in one of four game genres for the last two years were considered to be video game players. The game genres of players were First-Person Shooter (FPS), Real-Time Strategy (RTS), Multiplayer Online Battle Arena (MOBA), and Battle Royale (BR). The researchers' goal was to study cognitive benefits of playing games through behavioural and brain responses of players (VGP) and non-players (NVGP) during decision-making tasks.

The tasks that you can do in fMRI experiments are usually a bit more abstract because the machine constrains interaction freedom significantly. So, they weren't quite playing Super Mario. In this game, they saw two sets of 600 moving in opposite directions at the same speed. One set of the dots was coloured and the other set was an interference they needed to ignore. People had 3 seconds to respond indicating the direction they thought cue dots were moving via a button box controller.

Regular video game players are faster by approximately 190 ms and more accurate by 2% in decision-making tasks according to this study. They also found that three brain areas, left thalamus, right lingual gyrus, and right supplementary motor area were significantly different in how active they were in and across those areas. The authors hypothesize that playing games can potentially enhance sensation, perception and mapping to action to improve decision-making skills. 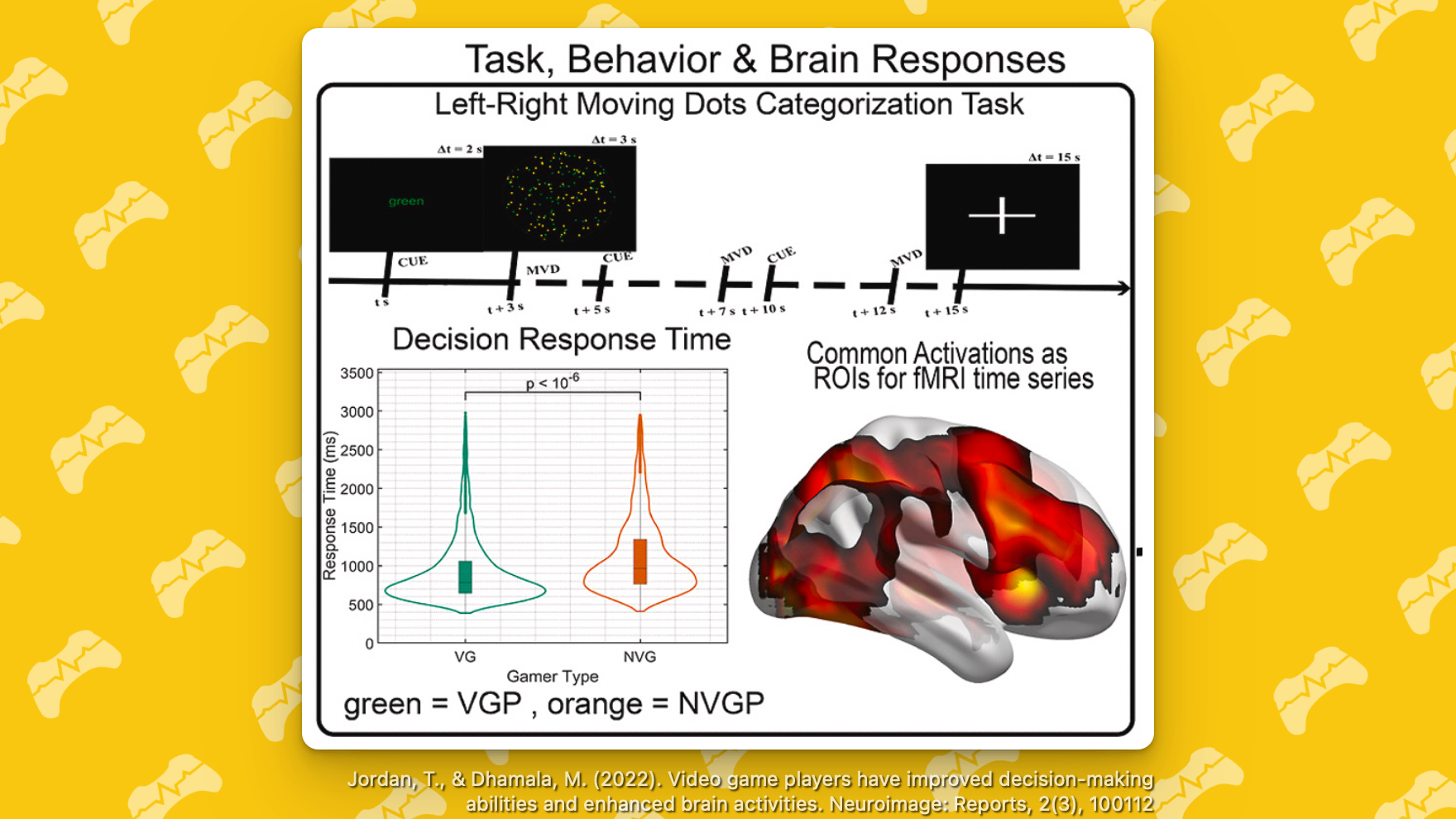