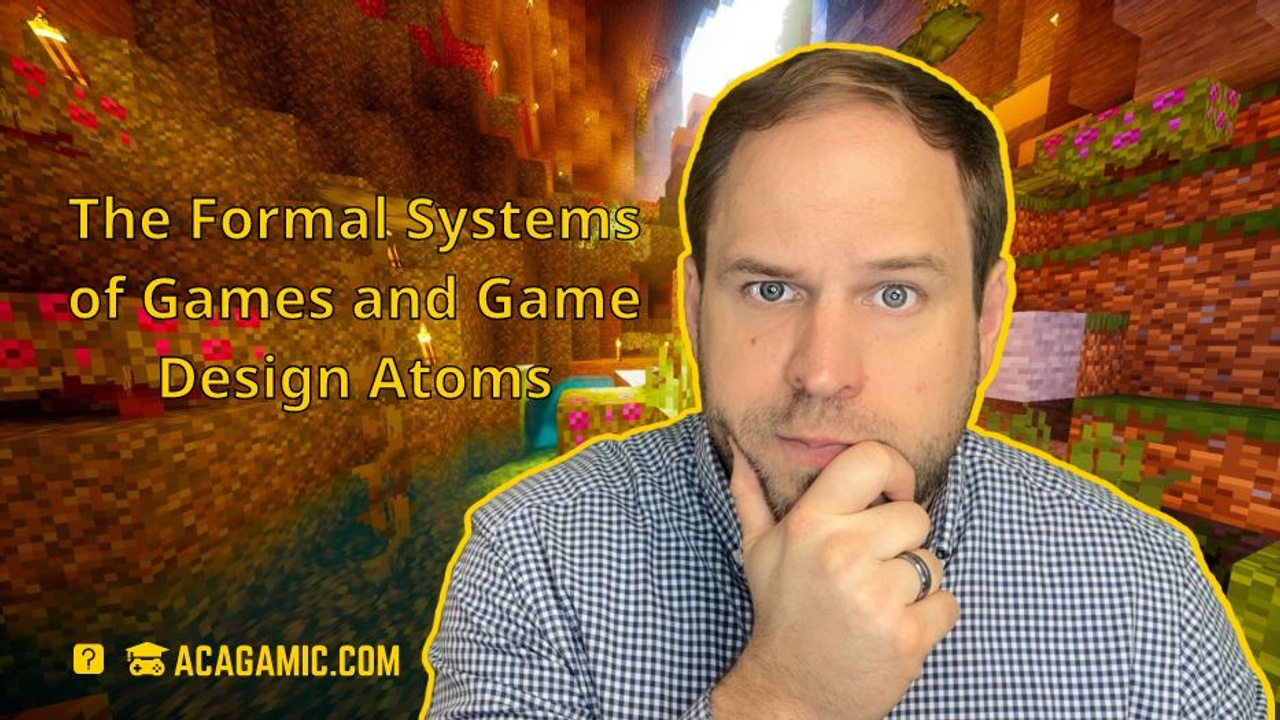 In this extra credits video, the team discusses the philosophical question about what is a game. The video discusses that the definition of art is not as important as creating the art or the experience itself. The argument of the video is that it does not matter as much to define a game appropriately because a game can be morphing in its definition to accommodate what an artist considers a contribution to the medium. An interactive experience with some volition is at the core of the medium and the freedom to expand upon the academic definitions that we have read before is core to not limit our creativity when it comes to creating games.

Rather than pondering on the exact definitions of a game here (many of which can be found in Rules of Play, Chapter 7), we want to look at what’s most useful to us as game designers.

“Design is the process by which a designer creates a context to be encountered by a participant, from which meaning emerges.”

This quote from the 'Rules of Play' book encapsulates the three main items that we should focus on as game designers:

Norman argues that good design must hit all three levels of design appeal. Emotion and cognition work together and determine how a person responds to a design. Norman also argued that "design is the successful application of constraints until only a unique product is left". To develop a game, it is best to constrain ourselves at the start of our design process to some core elements of games.

“Visceral and behavioural levels are subconscious and the home of basic emotions. The reflective level is where conscious thought and decision-making reside, as well as the highest level of emotions.”

When you are designing a game, an interesting approach to take is to think about your game’s core first (this would be your core mechanic), the one particular pattern of actions that you want your player to take over and over again. The best way to think about cores is to look at board games and take some common concepts from there (which are listed in the Challenges for Game Designers book):

“Playing a game is the voluntary effort to overcome unnecessary obstacles.”

Game design calls for players to interact with one another and the game system. Players are voluntary, active participants in the entertainment activity. They partake in it, they consume it and they are invested in it. They can be potential winners of the activity. When players adopt the lusory attitude, they can enter the Magic Circle of games and immerse themselves in the game world. This means that there is usually an invitation to play, such as recognizable rituals or social offerings for playing. The invitation to play is important for players to have a lusory attitude. The number of players can be variable or fixed for a game. Players will have different experiences based on the number of other players partaking in a game. Different players can adopt different roles during play. Players can play in teams and define actions for team members. Within role-playing games, a player role can facilitate or inhibit a player action, but often players have different play styles, which allows for different matches even when players play the same role. An overview of different player interaction patterns is shown below (and can be found in the Game Design Workshop book).

As we have already mentioned in the last lecture, objectives are important for the motivation of your players to engage in gameplay. The best game goals seem attainable but are still perceived as challenging. You want to be able to work as hard as necessary to achieve your own objectives as a player in a game. Examples are getting the most XP at the end of a game or staying alive until the end of the level. The player’s need to complete objectives serves as a measure of player involvement in games. Your textbook discusses the following objective types in more detail:

These are actions or methods of play allowed by a game’s rules. They can be specific instructions on what actions to take during play. They can also refer to a specific set of controls. In a computer game, they would serve to process the input of a player. Procedures can specify actions that are impossible or inefficient outside of the magic circle of the game. Essentially, you have to answer who does what where and when and how? Player actions as specified by procedures can be split up into the following:

These are the exact objects and concepts of your game; they are the building blocks of the game system. As a game designer, you want to be able to describe the actions for all possible situations in your ruleset. Your rule set specifies everything a player can and cannot do. This means that you often have to limit the actions a player is allowed to do and you have to think about reactions of the game to player actions. Rules are the authority of your game world. They are like a code of honour that players adhere to when entering play (this is tied to the lusory attitude of being willing to enter the magic circle). If players don’t follow the rules, they are leaving the game. In summary, rules serve three main purposes:

These are game objects that have value for players in reaching their individual objectives. The value of these items can be determined by their scarcity and utility. The value for players (i.e., utility) is often scaled by how much an item helps a player achieve a goal. As a designer, you control the availability (i.e., scarcity) of an item. You can help guide the player to find resources and you can put systems in place that govern how resources are managed and when they become scarce. Common resource examples in games are:

Conflict emerges through procedures and rules in the game that prevents a player from achieving their goal. Objectives often guide players to these conflict situations. The main conflict in many first-person shooters is to stay alive while player or non-player characters try to kill you. The conflict in Pinball would be to keep the ball from rolling out of the playing field only with the mechanical devices (often flippers) the machines provide to you.

Three types of conflict are common in games: 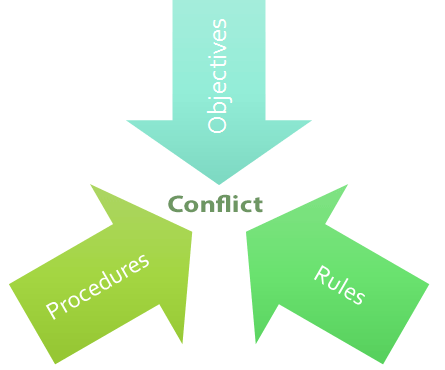 Conflict emerges when objectives guide players toward rules and procedures that work against the player's goal.

This is the border to the real world (the separation of the magic circle and the real world). This also relates to actions that are only possible in a game but would have many different consequences outside the game boundaries. It can also relate to the playing field, the skybox, or other limiting geometry in your game world.

The outcome of a game has to be uncertain to foster player interest. In games the outcome is often measurable (e.g., points) and uneven (i.e., one team/person has to win). Winning conditions are different from player objectives. Since players have invested much time and emotion into a game, it is hard to create a resolution that satisfies this investment of players.

“Every game is its rules – for they are what define it.”

“A game is a context with rules among adversaries trying to win objectives.”

Along the lines of core elements of a game, the book Challenges for Game Designers defines the smallest possible design element as a game atom. These game atoms are broken down into: