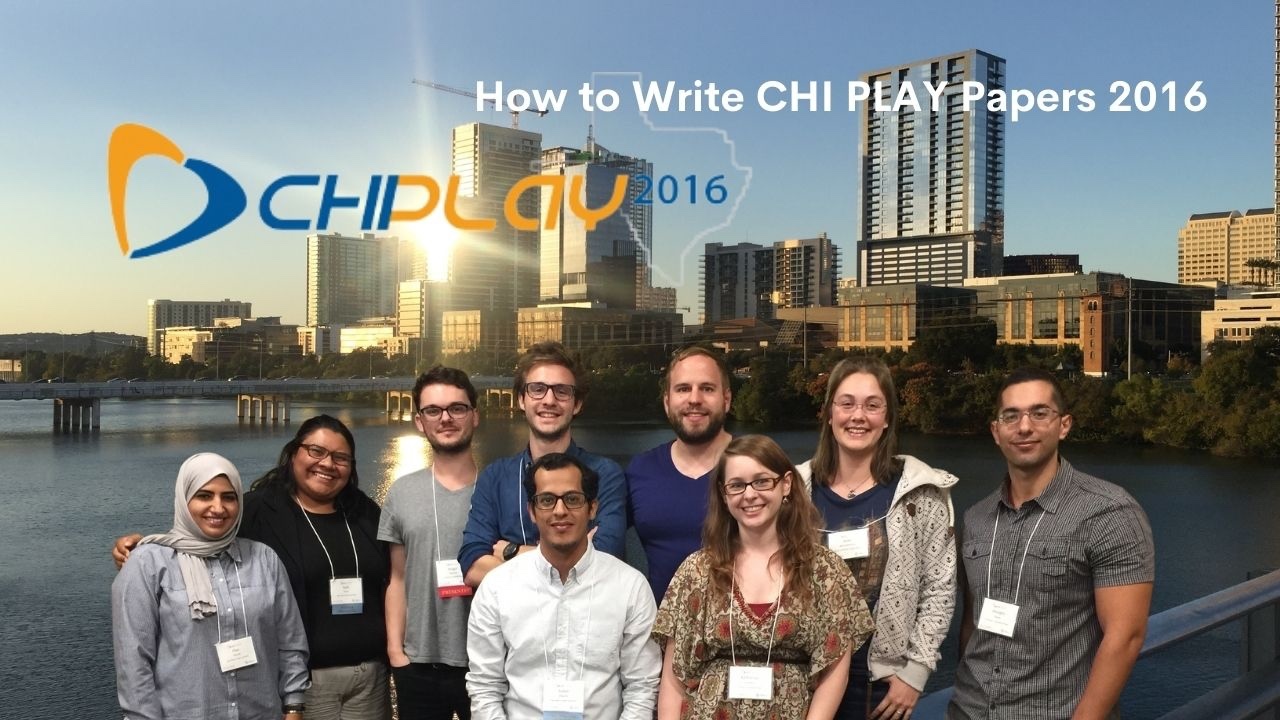 This is the information that was given to participants at the 2016 course on how to write CHI papers.

Please bring some examples from your own recent writing to this course. This can be a thesis abstract, some unpublished papers, or just something you have written recently.

Introduction to the CHI PLAY Course

Before we begin, please have a read over the following materials:

I would also like to reiterate the nine questions for HCI researchers in the making here:

These questions are really good starting points to give you bearings on your research direction.

I would also like to point you to the results from my questionnaire for CHI researchers about writing. Interestingly in the survey researchers rated the importance of the Introduction and Results section almost equally high (with the results coming out on top) and were not giving as much love to the Discussion section. In my interviews, however, the introduction and discussion were mentioned as important sections. The key ingredients for CHI research papers mentioned in the survey were:

Besides asking for key ingredients in CHI papers, I also asked survey respondents for the main piece of advice for aspiring CHI authors: Photo by William Iven on Unsplash

The following exercise was done in class with 30 minutes time.

Analyze the Structure of this Abstract

Look at the following abstract and try to understand its structure. I have already outlined the main problem for you, can you find the solution and why it is important and what makes this a contribution to HCI?

Many sports video games contain elements such as running or throwing that are based on real-world physical activities, but the translation of these activities to game controllers means that the original physicality is lost. This results in games where players have limited opportunity to improve their physical skills, where there is little differentiation in people’s physical abilities, and where skills do not change over the course of a game. To explore ways of adding these elements back into sports games, we developed two games with small-scale physical controls for running and throwing — one game was a simple running race, and one was a team-based handball-style game called Jelly Polo. In two studies (three track-and-field tournaments for the running game, and a four-week league for Jelly Polo), we observed the effects of physical controls on gameplay. Our studies showed that the physical controls enabled substantial individual differences in running and passing skill, allowed people to increase their expertise over time, and led to fatigue-based changes in performance during a game. Physical controls increased the games’ challenge, complexity, and unpredictability, and dramatically improved player interest, expressiveness, and enjoyment. Our work shows that game designers should consider the idea of “exertion in the small” as a way to improve play experience in games based on physical activities.

Analyze the Structure of this Introduction

Look at the Introduction from the same paper and try to understand its structure. I have already outlined the main problem for you, again can you find the solution and why it is important and what makes this a contribution to HCI? What parts of the introduction are confusing or misleading?

Now, write your own Title, Abstract, and Introduction

First, brainstorm a CHI paper idea with the group (10 minutes). Use Carl’s four questions to guide you through the process of writing a fictional CHI paper about this research topic that you have in mind:

Use the same process as many CHI authors: 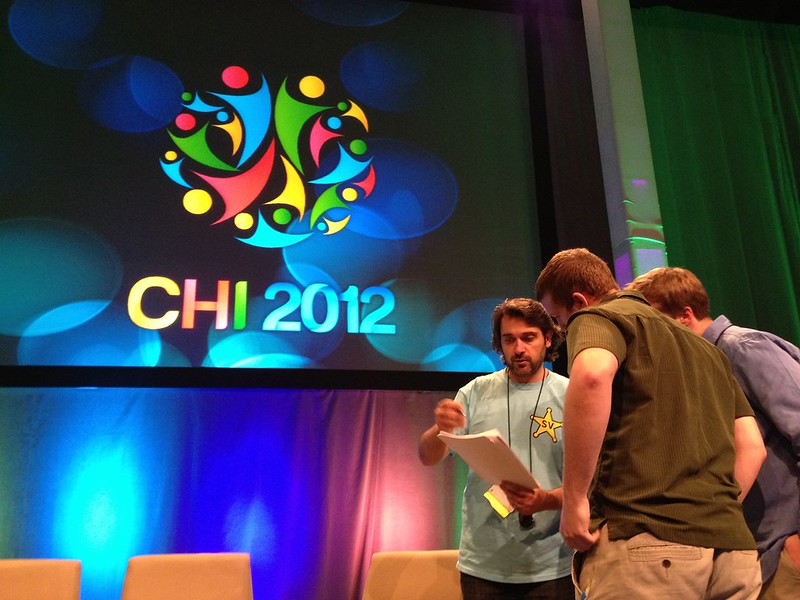 There is much to be learned about writing with style and elegance. An excellent system to follow is Shani Raja’s 9-Step Editing System when trying to trim down your writing. Have a look at the video below. His nine steps are:

What you should definitely avoid in writing your CHI paper are the following things:

Next, I would recommend reading the essay: Why Academics’ Writing Stinks by Steven Pinker. He points to a couple of examples from the bad writing contest, let’s examine some examples below.

Consider the following sentence and try to understand its meaning:

“The move from a structuralist account in which capital is understood to structure social relations in relatively homologous ways to a view of hegemony in which power relations are subject to repetition, convergence, and rearticulation brought the question of temporality into the thinking of structure, and marked a shift from a form of Althusserian theory that takes structural totalities as theoretical objects to one in which the insights into the contingent possibility of structure inaugurate a renewed conception of hegemony as bound up with the contingent sites and strategies of the rearticulation of power.”

“This sentence has five words. Here are five more words. Five-word sentences are fine. But several together become monotonous. Listen to what is happening. The writing is getting boring. The sound of it drones. It’s like a stuck record. The ear demands some variety. Now listen. I vary the sentence length, I create music. Music. The writing sings. It has a pleasant rhythm, a lilt, a harmony. I use short sentences. And I use sentences of medium length. And sometimes, when I am certain the reader is rested, I will engage them with a sentence of considerable length, a sentence that burns with energy and builds with all the impetus of a crescendo, the roll of the drums. The crash of the cymbals – sounds that say listen to this, it is important.”